In Art as a Universal Language, Parts 1 and 2, I address some of the universal visual symbolism artists have used since the beginning of human civilization.  Certain symbols have become “visual code,” allowing people from vastly different cultures and generations, to comprehend each others’ values and challenges.  In this, Part 3, of Art as a Universal Language, I explore how art evinces the universal similarities of our deepest human spiritual beliefs, and how important it is to use this shared symbolism to unite us, rather than as a weapon to divide us.

“If the doors of perception were cleansed every thing would appear to man as it is, Infinite.  For man has closed himself up, till he sees all things thro’ narrow chinks of his cavern.” ~ William Blake, from Marriage of Heaven and Hell 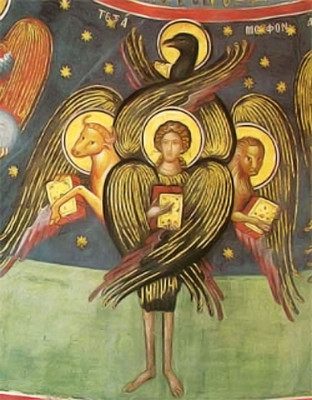 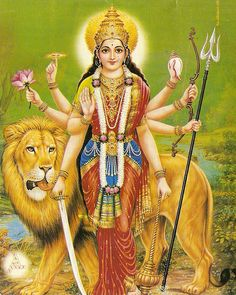 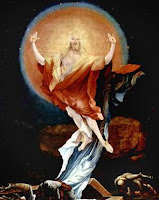 The Resurrection of Christ,
from the Right Wing of the
Isenheim Altarpiece, circa 1512-16,
Matthias Grünewald 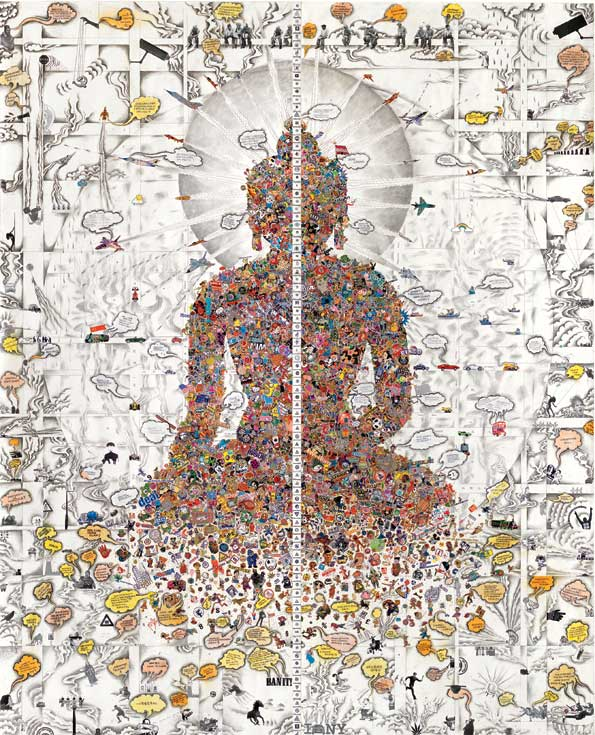 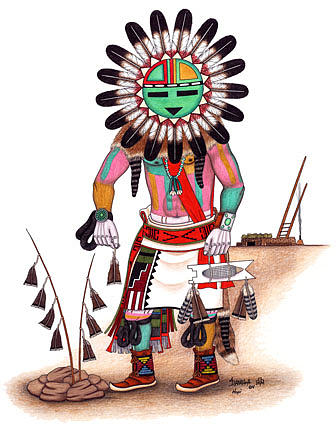 It’s obvious from the Judaic, Hindu, Christian, Muslim, Native American, and Buddhist images above, that most of the world’s great spiritual philosophies share the use of the sun symbol, or halo, to depict the sanctity of their subject.  In the first image, the Serafim (“burning ones”) heads are surrounded by golden halos that glow like the sun.  The Serafim represent the Judaeo-Christian religion.  The Hindu artist who created the next image of Hindu goddess Durga has glorified her with a glowing halo, as well as a gesture of blessing. The risen Christ is surrounded by a halo so large and brilliant that the artist’s passionate message is clear–he declares that Jesus has risen to save the world.  Equally joyous, is the image by contemporary Muslim feminist artist, Saba Barnard.  In her “Inner Sun,” a halo radiates outward from the artist’s ecstatic smile, embellished with the glorious gold leaf and calligraphy that adorn the finest works of Islamic art.  The seated Buddha, again shows the halo of enlightenment, surrounding the head of the Buddha.  True to the nature of Buddhist philosophy, the image of the Buddha is “dissected”–a potent reminder of the importance not to hold on too tightly to the objects or dogma of this material world.  On the right, the Native American drawing shows a ceremonial costume of a dancer wearing an elaborate headdress.  The headdress looks remarkably like a halo, and we know that Native American religions profoundly honor the sun.

This universal visual language of the halo or sun communicates our global similarity on a deep human level.  Though our spiritual philosophies have grown to differ, they originate from the same impulse–to honor that which we hold most sacred, and often the spiritual leaders we regard as most enlightened. 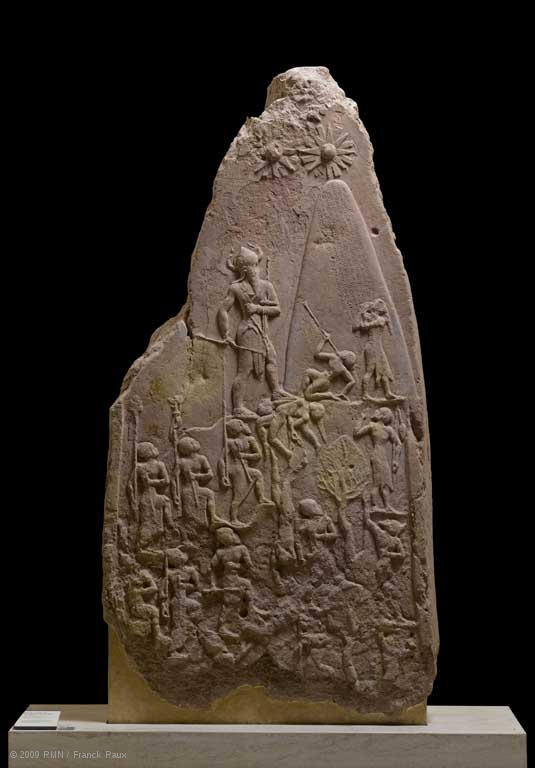 The Victory stele of Naram-Sin (c. 2250 BCE),
Collection of the Louvre, Paris

Artists from all over the world have harnessed the power of the solar disc/halo symbol since the beginning of global recorded visual history. Some of the most important ancient images we can see feature the sun symbol. The sun is the life force of the plant and animal world, thus one of the most powerful determinants in ancient civilization.  Man had to learn to work with the sun to grow food, and had to shelter from its heat. When the sun shone benevolently down on man, the populace regarded this as a blessing.  Thus, when particular leaders in political or spiritual life were victorious in battle or agriculture, they were often memorialized in artworks rendering them in special relationship with the sun. In this Mesopotamian Victory Stele of Naram-Sin, Naram-Sin is positioned closest to the divine solar disc, illustrating his earthly divinity.  To further assert this point, he wears a horned helmet–a typical attribute of a Mesopotamian god. 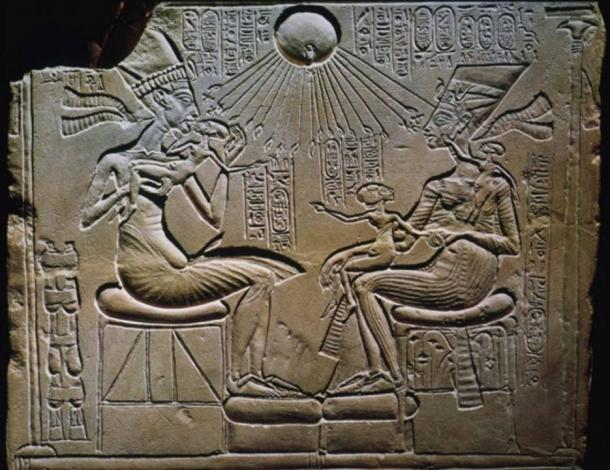 Akhenaten, Nefertiti, and their children
blessed by the Aten (Solar Disc)

In the image above, you can see how the sun (the solar disc) radiates warmth, happiness, and prosperity upon Egyptian rulers Akhenaten and Nefertiti and their children. 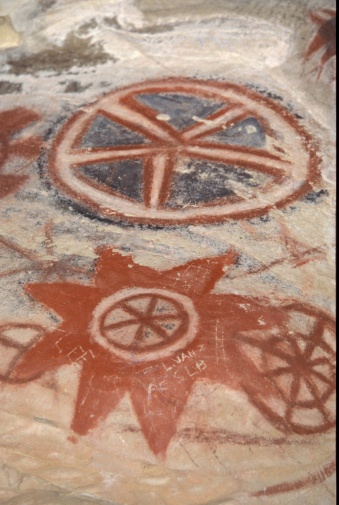 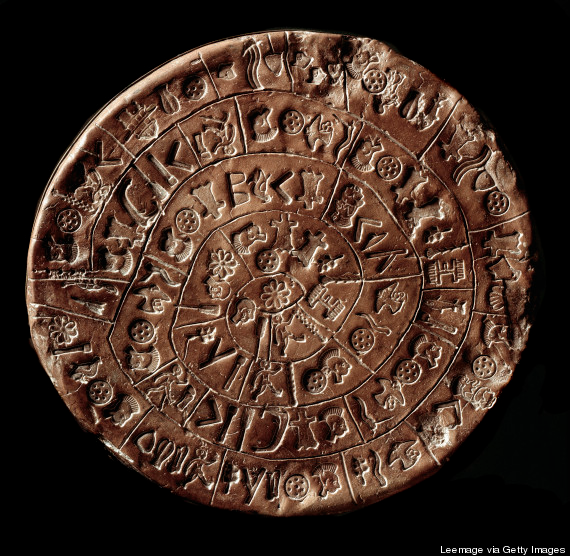 The solar disc became so strongly associated with wisdom and protection, that it was adopted by religious and political leaders throughout history.This Minoan disc (left), only partially deciphered, speaks of “shining mother”,  according to Gareth Owens (Technological Educational Institute of Crete), in collaboration with John Coleman, professor of phonetics at Oxford.  Approximately three thousand  years later, in what is now the United States, sun images were being featured in Native American cave paintings.  In India, the festival of Ratha Saptami celebrates the transition from winter to spring.  It is dedicated to the Hindu Sun God named ‘Surya’, which means “sun”. 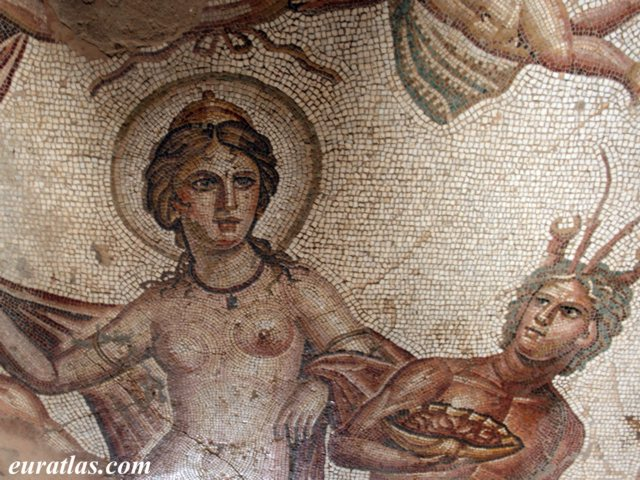 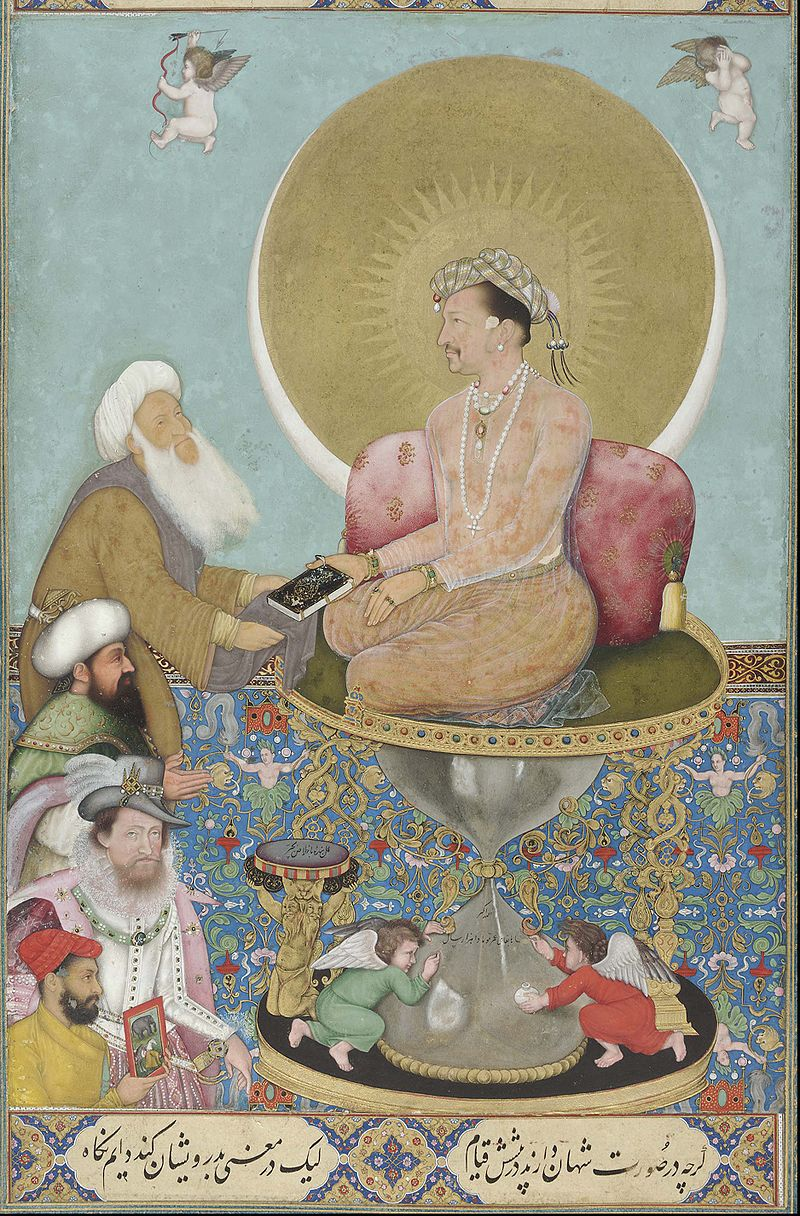 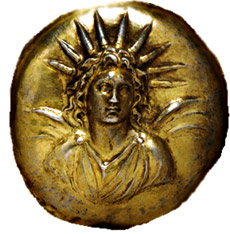 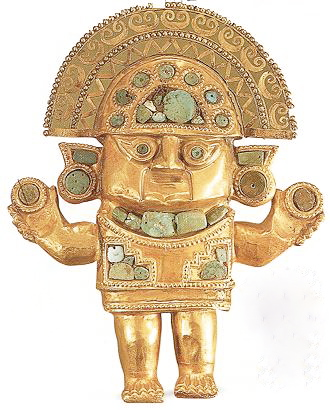 Greek, Roman, Islamic, and Incan spirituality all used the solar disc/halo to depict a person’s enlightenment.  It’s significant to note the widespread use of gold, by societies as far apart as Peru, Greece, and Iran, to depict these revered, haloed individuals.  Gold has obvious association with the sun, due to the fact that it is the closest hue to the celestial, glowing, source of light, warmth, and life. 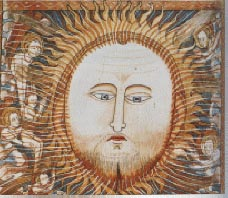 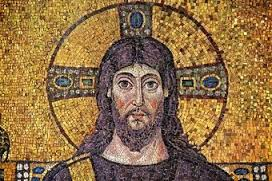 Golden mosaic of Jesus with halo from Ravenna, Italy 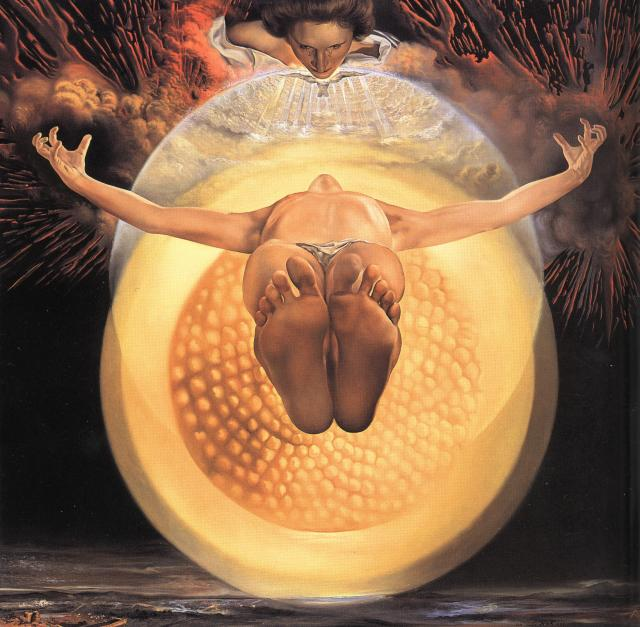 Christianity also adopted the sun symbol of the halo, to depict the enlightenment of Jesus. Many of the Europe’s greatest works of art, such as the “Ascension of Christ” by Salvador Dali, above, are those which utilize the solar disc/halo to show the immanent light of Christian spirituality. 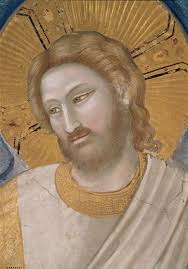 Stories of the Passion of Christ of
The Resurrection, by Giotto, 1304 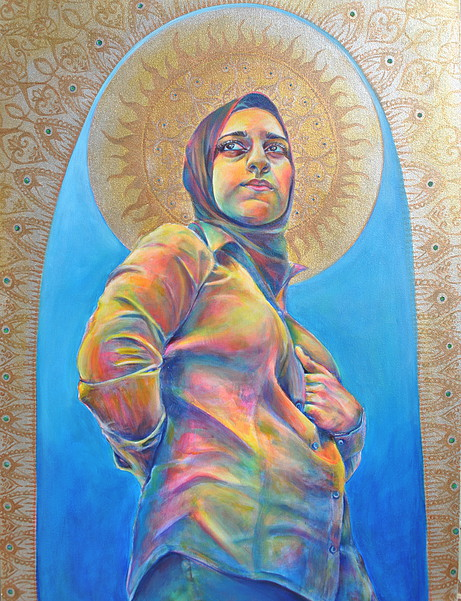 It’s obvious from these works of Islamic and Christian art, that both religions utilize the sun-golden halo to symbolize the sacred grace of the enlightened human being.  To place the halo around the figure of Jesus, as in Giotto’s painting on the right, is something we are used to.  But when a contemporary artist combines the halo with a female lay image, exquisite calligraphy and other devices of Islamic art, we are forced to consider our own acceptance of the sanctity of every human life.  The combination of these two images shows us that we can use visual language to understand our similar values, even when the division between our ideologies seems too vast. 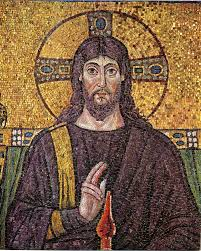 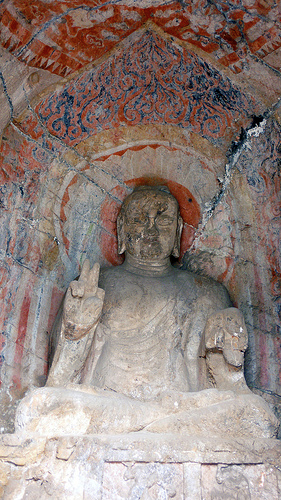 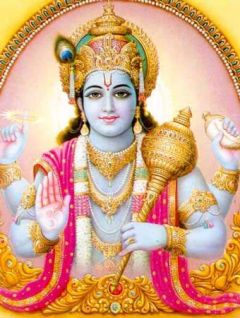 The images above feature artworks from Christian, Buddhist, and Hindu spiritual philosophy. The images include not only the solar disc/halo of enlightenment.  They include another important element of visual symbolism–the gesture with the right hand.  This hand blessing is universal visual code for blessing and protection.  Since Mesopotamian times, the hand has been used in visual renderings to signify protection.

Below, you’ll see the Hamesh hand (Judism), or the Hand of Fatima (Islam), which has been used since ancient times to signify protection in Jewish and Islamic spiritual cultures. 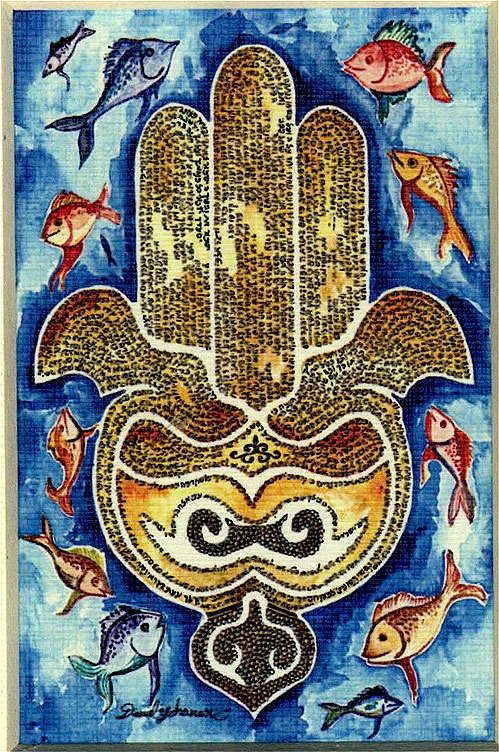 It is my sincere hope that this exploration of universally shared visual symbols for our spirituality will help us appreciate each other as human beings. Regardless of what spiritual philosophy we may practice as individuals, the images I’ve included in this post remind us that humanity has always valued the predictability of the life-giving force, enlightened thought, and protection, above all else. This is what we seek through our spiritual practices. May we use these spiritual practices to better appreciate and understand our fellow (and equal) global citizens, rather to condemn them for their differences from ourselves.